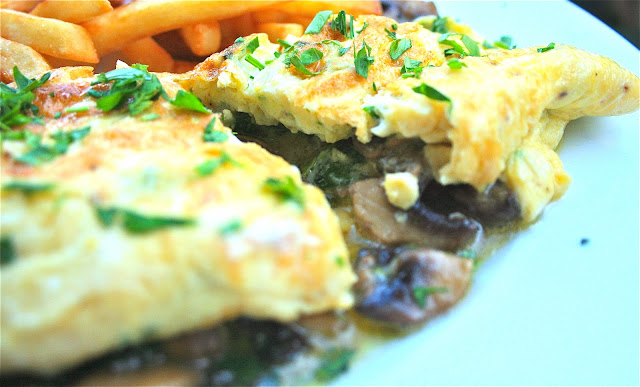 An Omelette cooked beautifully is a joy to behold and a good test of your cooking skills. Many Michelin star restaurants use it as a test for young Chefs applying for a job.

This is the French version, to mind the best, there are in fact two French versions one a "Country Omelette which is browned and stirred less the other a Classic which doesn't take any colour at all they both have one thing in common a Baveuse, meaning they are both runny in the middle. Essential to my mind as opposed to the rather rubbery attempts we see in England. 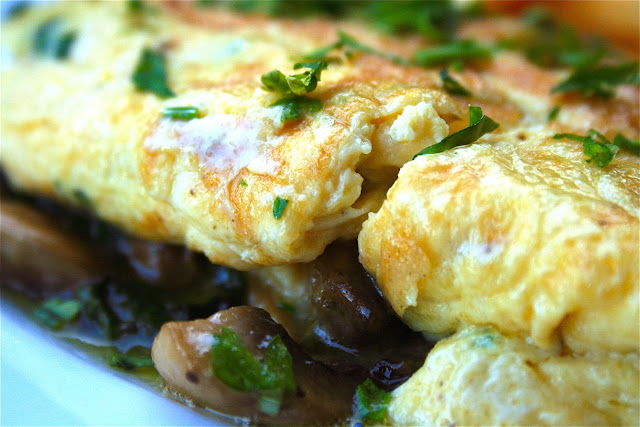 Fresh quality free range Eggs , I use 3 per portion, beaten with a fork, a pinch of Salt and Pepper a handful of Chopped fresh parsley and a good pinch of dried Tarragon a magic ingredient that in small quantities adds a freshness to the Omelette.

Don't add cream or Milk, let the Eggs speak for themselves. In a non stick Omelette pan heated to Medium heat, you don't ever want to cook eggs at high heat, add a knob of Butter and a drop of Oil let it bubble and add the Egg mixture, shaking the pan. Gradually with the back of a fork stir the eggs in the pan lifting the silky strips of egg, it helps sometimes to take the pan on and off the heat.

I added some ceps and halved woodland Mushrooms. I had cooked in a separate pan slowly with Butter then handful of  Spinach which wilts into the mushrooms, Seasoned and then added a drop of Oleoteca's Boletus, a Mushroom infused Olive Oil which intensifies the Mushroom flavour. 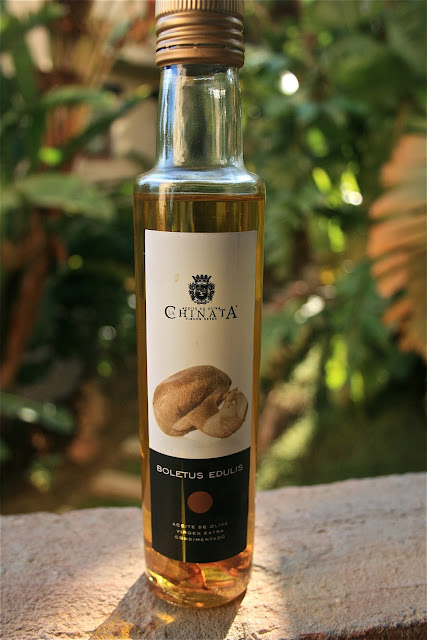 Added with a slotted spoon to the Omelette. With the fork tipping the pan away from myself  I fold the omelette onto itself, tap the handle to help it.

I served on a plate with some French fries. The perfect Omelette Soft on the inside and Baveuse in the middle.
Posted by Unknown at 8:00 PM

Email ThisBlogThis!Share to TwitterShare to FacebookShare to Pinterest
Labels: Eggs 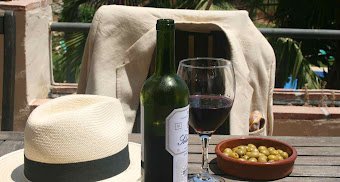